During the last months, developers all over the world created stunning games with Starling and Sparrow. From one-man shows to huge companies; from garage game to Triple-A; from card game to action platformer - it seems that everything is possible with Starling & Sparrow, especially in combination with Flox, Feathers, and the Citrus Engine.

Here is an overview of the games we’re especially proud of!

I’ll start with a brand new game: “Snailboy” was launched this very day. It was produced by the South African indie games company Thoopid.

Snailboy is a unique physics based puzzler with amazingly detailed graphics and over 40 exciting levels. Isn’t it a beauty? The game uses Starling and the Citrus Engine, as well as Flox. And to be honest, I didn’t believe it at first! ;-) 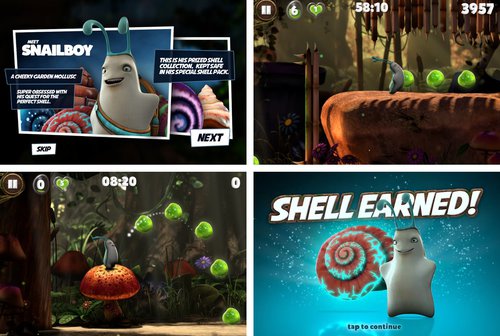 This is a game that I’m especially fond of. Kostya Teterin showed me the first prototype of the Sparrow-powered game “Fix the Leaks” more than a year ago, and I was immediately in love with the cute characters and the creative level design. Believe it or not, this was developed and designed by a single person!

As a huge fan of the old LucasArts Adventure games of the 90s, I was absolutely thrilled to see a classic, old-school adventure game built with our engines. And not only that: “The Inner World” is the first time a Starling game is available at retail: box, handbook, stickers and all!

If you prefer a download, you can also get it in the Mac App Store and via Steam (beginning on September 27th); an iPad version is coming soon. The game is the debut game of Studio Fizbin in Germany and earned a lot of praise from gaming magazines. Powered by Sparrow and Starling (depending on the version you’re playing). 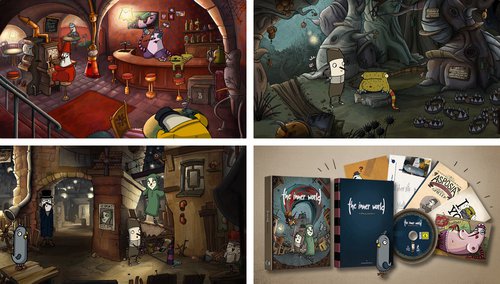 “Nyrthos” is an Indie Browser ARPG in the spirit of Diablo and Gothic. Developed over the course of 3 years by a team of just two people (yes, you read right), it’s on par with costly Triple-A productions!

You can currently play the alpha version on Facebook - the developers are eager to hear your feedback! The final version will be playable in the browser and iOS / Android devices. Powered by Starling, of course. 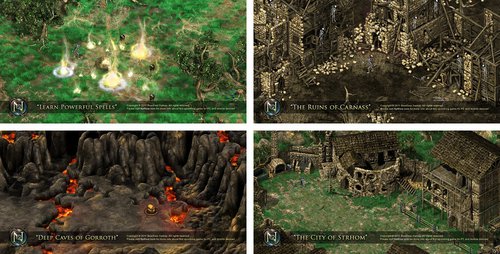 I admit it: I’ve always loved Star Trek. So you can imagine my enthusiasm when I heard that a Sparrow-powered game with an official “Star Trek - Into Darkness” license was being created! Developed by Elephant Mouse, it’s an online-multiplayer card game that features all famous characters, ships and items of the latest Star Trek Movie. How cool is that?!

This is a wonderful retro-style Zombie game with “old school difficulty”, funky arcade music and plenty of pixel-blood - in two words: Great Fun! It received excellent reviews (e.g. from TouchArcade) and was featured on Google Play. Powered by Starling & Feathers!

What do you say - those are some amazing games, right? We’re flattered that Gamua played a part in these productions. Kudos & Congratulations to the developers! We wish you the best of luck in the stores.