During the last months and weeks, we noticed (with great pleasure!) that Starling is transforming from a mere framework to the center of a whole ecosystem of libraries and tools. Here is a short overview, to name just the most popular ones:

Recently, I found out about another great library: StarlingMVC, an MVC framework that was inspired by existing frameworks like Swiz and RobotLegs, but built on top of Starling. I asked the main developer of the framework, Scott Jeppesen from Creative Bottle, to write a few lines for this blog, giving our readers an overview about what it’s about.

Thanks for taking the time to write this introduction, Scott!

StarlingMVC – An MVC Framework for Starling

Creative Bottle Incorporated is excited to announce the release of StarlingMVC. While frameworks like Swiz and RobotLegs add MVC functionality to Flex, StarlingMVC extends the non-Flex-dependent Starling for developers who seek MVC for their Stage3D creations.

Built from the ground up to work with the Starling framework, StarlingMVC provides a host of new features to the Starling game developer’s arsenal. Keeping out of the way of your code, setup of the framework requires only a few lines of code, telling StarlingMVC what aspects of your game it should manage. In addition, StarlingMVC provides the injection of dependencies through simple metatags, and a robust event handling library. With this wealth of features, developers can move on to what makes their game unique.

Here at Creative Bottle, we’ve been working on some exciting new mobile games using AS3 and the Starling framework. After spending the last few years concentrating on enterprise application development, we are thoroughly versed in Swiz and RobotLegs; however, after attempting to implement these frameworks in Starling, we realized that because they had heavy dependencies on Flash’s display and events packages, they would not work with Starling.

There was no good MVC/IOC framework for developing games with Starling. We originally explored the possibility of porting one of the established frameworks to Starling, but decided that since both are geared toward Flex and contain functionality that would be difficult to replicate in pure AS3, we would build a framework from scratch. StarlingMVC is what was missing in flash game development with Starling.

Other StarlingMVC features that we think developers will love include inversion of control, view mediation, and beans, instances of object which are provided to StarlingMVC for management. 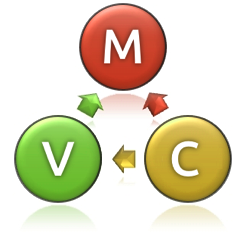 Did you create a framework or tool that works well with Starling? Or do you want to show-off an awesome Starling-powered game? Feel free to contact us and we’ll set everything up.