The Future of Sparrow and Starling

Wow, it’s been quite a while since I wrote the last blog post! I think it’s time that I give all of you an update of what has been going on and, more importantly, what will be happening in the coming weeks and months.

The most important news first: Sparrow and Starling are no longer spare time projects! My friend Holger and I have finally taken the bold step of working on our game frameworks full time. Our company, Gamua, has now moved from our living rooms into a real office, complete with coffee maker and door plate!

The nicest thing about this change is that the development speed of our frameworks should be much faster than it has ever been. Starling 1.0 is already in its final tests, and in the meantime I’m finally working on Sparrow 1.3, which will bring lots of bugfixes and proper ARC (Automatic Reference Counting) support. More on that below. 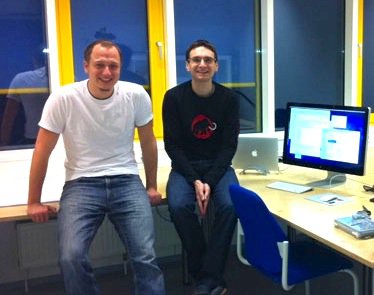 Meanwhile, Holger is busy recreating our online presence, with a shiny new homepage and lots of documentation. We will unite the Sparrow and Starling homepages, not only to simplify our maintenance efforts, but to provide you with a seamless experience and easy navigation.

Another side effect of working for our own company is that we should earn some money once in a while! But don’t worry: our frameworks will always stay free and open source, promised. Just like our birds, we are a very lightweight company: we have lots of ideas about add-on products that will be worth their money, without compromising the open source idea of Sparrow and Starling. Furthermore, we’re lucky enough to have Adobe behind supporting us, which is funding parts of Starling’s development efforts.

As I said, I’ve finally begun working on the next Sparrow version, 1.3. It will be concentrated on bugfixes and stability updates, but it will also contain several interesting new features, e.g. support for ARC. I want to tackle the issues that come up most often in the forum, making some tedious tasks simpler to accomplish.

This version will be the last update in the 1.x series. When it’s finished, I will concentrate on Sparrow 2.0, a major new version that will include many internal changes. It will require iOS 4 (or even 5) and will only support iOS devices with OpenGL ES 2.0 capabilities. I think the time has finally come to enforce this requirement: it’s already supported by the overwhelming part of the market (all devices beginning with the iPhone 3GS) and will make many interesting effects possible. (That said, people who need to target older devices will still have Sparrow 1.3 to use.)

I know that some of you are still waiting for Sparrow for OS X – that is still on our list, but it will be based on Sparrow 2.0 and will thus have to wait a little longer. Thanks for your patience, guys!

Adobe is working hard on finishing AIR 3.2, which will finally allow Stage3D to be used on mobile devices. I’m under an NDA, so I can’t say much, but be sure that the performance of this release will be MUCH better than any of us ever imagined! Different to what some bloggers might say, Flash is far from dead – on the contrary, it’s just shifting from being merely a browser plugin to becoming a versatile tool for fast multi-platform development.

That’s good news for Starling, of course. During the months after the release, I poured a lot of hard work into that baby bird, which not only resulted in a huge performance boost (up to 400%!) but also in numerous bugfixes and stability improvements, making it the most stable and complete Stage3D framework out there. With support for mobile devices, that bird will launch like a rocket! =)

That’s it for now! I hope you like that outlook as much as Holger and I do! Gotta go, I’ve got to finish the next Sparrow release. ;-)