Sparrow in the Cocoa Magazine

I just found out that there is a new online magazine for Cocoa developers, and it released its very first issue just a few days ago: Cocoa Magazine. 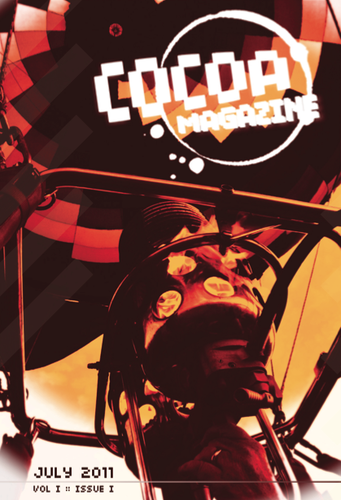 Cocoa Magazine is a monthly periodical dedicated to the iOS and Mac development community, available as PDF download. I just read through the first issue (July 2011), and I found it to be very well executed - it’s just over a little too quickly, but that’s understandable as it’s really the very first issue.

What makes this interesting for Sparrow developers is that it contains a very well written article (by Matt King) that shows you how to create a simple arcade style game from scratch. Along the way, you’ll get to know many important concepts of Sparrow. It’s a very good introduction on the topic, especially if you’re new to Sparrow. Thanks for taking the time to write that article, Matt!

Here is the table of contents of the July issue:

The Sparrow team wishes the Cocoa Magazine the best of luck for its future and is looking forward to the upcoming issues! :-)