« Tweens & Jugglers - An in-depth look at the Juggler
Multitasking »

A little late, but hey! better than never ;-), we will have a look at the linchpin of Sparrow’s animating powers: Tweening.

What’s a Tween, you ask? Let’s have a look at Wikipedia: It tells us that tweening is

“the process of generating intermediate frames between two images to give the appearance that the first image evolves smoothly into the second image. Inbetweens are the drawings between the key frames which help to create the illusion of motion.”

That’s about right for Sparrow too. Like e.g. in Flash/ActionScript Sparrow allows you to smoothly transition the (numerical) properties of your stage objects from an initial value N to a final value M in time X.

Let’s go with a simple real-world example: Imagine a nice little stage containing a blast door that is going to be shut.

For those of you who need a background story:

What we are going to do is animate the closing of the blast door: 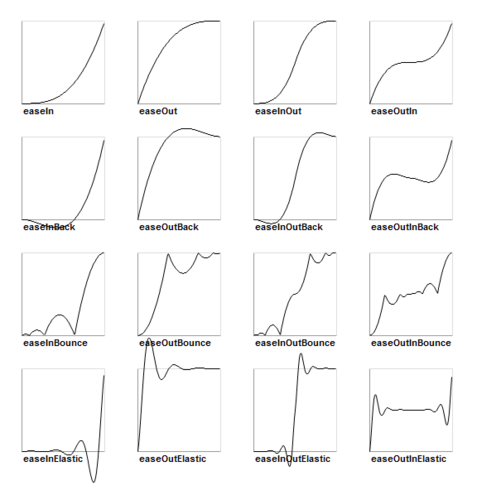 For our blast door example it makes sense to let the door fall down from the ceiling instead of slowly lowering it to the floor. So instead of using SP_TRANSITION_LINEAR we are going to do this:

Alright! The door finally slams into the ground as one would expect it to. It feels way heavier now and heavier means more secure. We achieved that by changing only two variables of our code.

But what if Ruth Lezz needs to get off the station, hacks into the security system and stops the doors from closing? Read on…

Sometimes it may be necessary to cancel a tween while it is already in its tweening phase. There are three ways to achieve that:

We are going to use the second option and stop all tweens targeting the door as soon as Ruth Lezz has successfully hacked into the security system:

So what we did is react to the players actions and stop the blast door from closing as soon as the security system got hacked. That’s enough for today. Keep in touch, because there is going to be more on tweens and jugglers soon!