« Just added "An introduction to Sparrow"
Another game framework for the iPhone? - Part 2 »

Another game framework for the iPhone? - Part 3

As I wrote in the last post, we decided to write our next games in Objective C, with a framework that was designed with games in mind.

This, of course, limited the choice of suitable game libraries. There are several C++ frameworks and even one that uses C# (Unity). I did not want to use those for the reasons stated in the last post.

The only thing left was Cocos2D. Unfortunately, at that time (early 2009), Cocos2D was not as far evolved as we liked it to be, and we were unsure about the commitment of the developers to keep the project up and running. Furthermore, there were some things I did not like about the architecture. That said, it’s a great library and has evolved a lot since then, so I really recommend to anyone having a look at it!

Anyway, we were sure that having a Flash-like API would be something other developers would enjoy just as much as we do. There is room for several iPhone gaming frameworks - choice is always a good thing!

In addition, I have to admit that the challenge of creating such a library was very appealing to me. ;-) 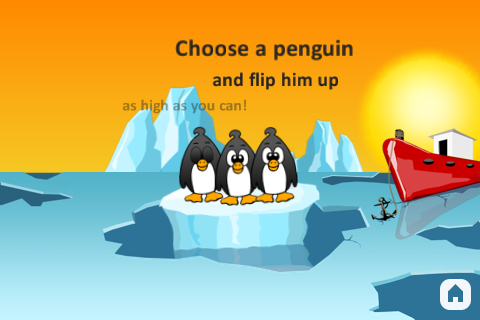 Nearly one year later, I could not be happier about that decision. We are proud that our little bird has hatched. It might not be as feature rich as some other game engines - but in exchange, it’s extremely lightweight and easy to learn. At funworld, I have created quite a number of games, and all of them could easily be rewritten with Sparrow, without the need for any additional libraries. And in case I do need something more, Sparrow can be easily extended.

Another thing I think we can be proud about is the stability of Sparrow. At the time I am writing these lines, PenguFlip has been played over 180.000 times, and less than 0.09 percent of all games created an error. Frankly, with this error rate, I am inclined to lay the blame on hardware problems, not Sparrow.

Now, that’s it! I hope some of you will find the time to have a look at Sparrow and tell us what you think about it! We are happy about any feedback we can get.