« Another game framework for the iPhone? - Part 2
Sparrow download available »

Another game framework for the iPhone? - Part 1

Hi folks! I’m Daniel, and I am responsible for most of the source code that makes up the Sparrow framework. Some of you might be interested in how the sparrow came to life, so I thought I drop a few words at this place.

We started development of Sparrow quite a while ago, in early spring 2009. In January of the same year, my friend Holger and me had finished and launched our first iPhone game: PHOTO PLAY: Find it!.

That project was more or less an experiment - we wanted to get to know the iPhone platform, and we wanted to see if we could execute such a project successfully - not just create a prototype, but finish the game and release it on the AppStore. (We had worked on several small projects in our spare time before, but - as it is often with such projects - they were never finished for one reason or the other.)

“Find it!” was perfect for that experiment. It’s a very simple game that many people know. You are presented two images that seem to be identical on first glance, but have tiny differences. The player, of course, has to find those differences. That’s a game that’s easy to create in terms of programming skills: it’s relatively static and slow-paced. And since I work for the company funworld that creates touch screen game terminals (among other things), we could even make a deal with them to get an official brand (in Europe, PHOTO PLAY and Find it! are relatively well-known) and a lot of images. 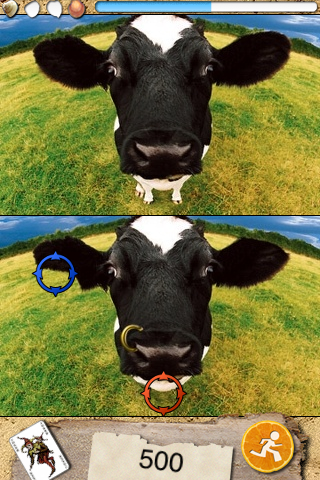 What should I say: we were just blown away by the success of the project. Especially in the Netherlands, traditionally a country where PHOTO PLAY is very popular, we found a solid fan base that was interested in the game - even more so than in Austria, where we live. (A big thanks for all who downloaded the game, no matter if you’re Dutch or not!)

You can imagine that this success was a big boost for our motivation. So we looked out for another game we could create for the iPhone - this time, a game with a little more action ;-)

For that, of course, we needed a good framework. And the quest for that framework is the part of the next blog entry!